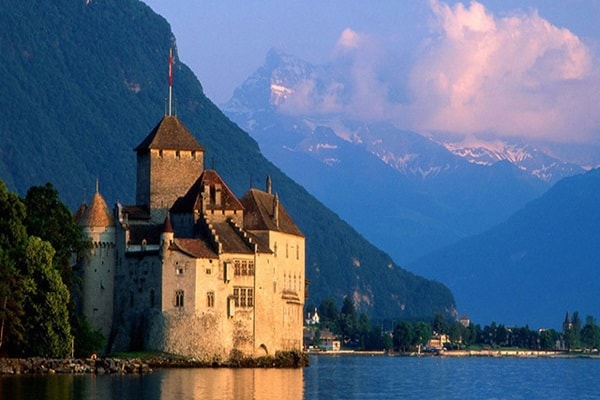 During the high season, Chillon Castle Foundation employs almost 70 people (equivalent to 28 full-time positions): a gardener, an electrician, a roofer, a carpenter, a janitor, caretakers, cashiers, guides, reception staff and administrative staff. 16 nationalities are represented among Chillon’s staff. 23 Chillon guides lead some 3,000 tours every year in French, English, German, Russian, Italian, Spanish, Portuguese, Japanese, Mandarin or Cantonese. In its current state, the Castle of Chillon is the result of several centuries of constant building, adaptations, renovations and restorations. Excavations carried out from the end of the 19th century, in particular by the archeologist Albert Naef (1862-1936), affirm that this site has been occupied since the Bronze Age. he rocky island on which the castle is built, was both a natural protection and a strategic location to control the passage between northern and southern Europe. The history of the castle was influenced by three major periods: The Savoy period, The Bernese Period and the Vaudois Period.